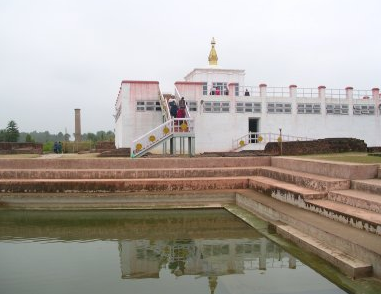 Buddha’s birth place, the Lumbini attractions is a sacred garden (8 sq km) and possesses all the treasures of the historic area. The Maya Devi temple is the main attraction for the pilgrims and archeologists alike. This is where we find a bas relief of Maya Devi, the Buddha’s mother, giving birth to him as two Hindus gods (Brahma and Indra) shower him with lotus petals and holy water. There is also a scared stone marked with foot imprint of Emperor Ashoka, which had been placed to marked exact birthplace.

Nearby here, the Ashoka pillar- stands the oldest monument found so far in . It was erected in 249 BC by the Emperor Ashoka to commemorate his pilgrimage to the sacred site. The inscription on it in Brahmi script authenticates Lumbini as the place where the Buddha was born in 623 BC.

To the south of the pillar we find the sacred pond “Puskarni” – where Queen Mayadevi had taken a bath just before giving birth to the Buddha.

The treasury of culture archeological riches scattered around Lumbini evokes the time and aura of the Buddha.

Moreover, a host of stupas, monasteries, meditation centers and Bahal (courtyard) being constructed in the international monastery zone by various countries such as China, India, Japan, Vietnam, Srilanka, Thailand, German, French and few more other countries embodying their respective architectures envisaged by the Apostle of peace some 2500 years ago. 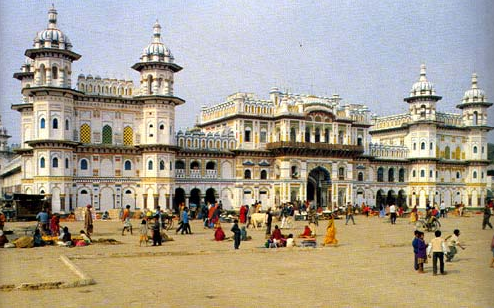 Janakpurdham is nearly 400 km east of indisputably the Tarai’s most fascinating city. Dham is denoting sacred place. It’s a holy site of first order, and it’s a central temple, the ornate Janaki Temple, is an obligatory stop on the Hindu pilgrimage circuit.

The city feature prominently in the Ramayana for it was in Janakpur that Ram -the god Vishnu in mortal form – wed Sita, daughter of Mithila kind Janak.

(5200 m) is in the Manang district of Annapurna region is the world highest . The pilgrims believed that this is the lake (Kak Bhusundi Sarovar) that is referred to in the Ramayana where the crow recited the Ramayana to Garuda and where Shiva found solace after the death of Satidevi. This sacred site can be reached by private charter helicopter or by foot.

The lies atop a 1302 meters hill. The deity is one of the manifestations of the Hindu goddess Bhagbati who is believed to have the power to fulfill wishes. It is one of the most popular pilgrimage sites in . 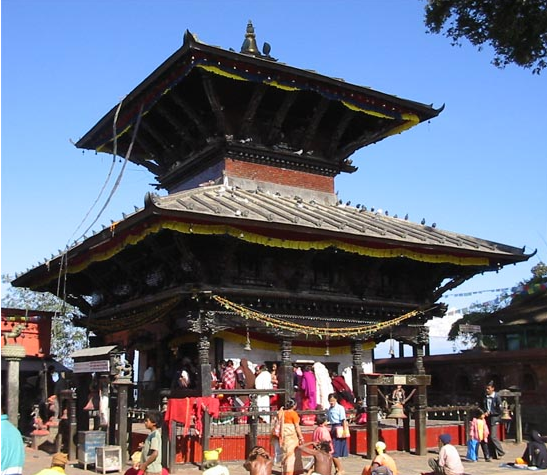 Manakamana is situated 125 km to the west of Kathmadnu. It is a steep 3 hours hike to the hilltop from Abu Khaireni on the Kathmadnu - Gorkha highway. Or you can take the cable car at top, 104 km from Kathamdu on the highway to Pokhara and you can be back the same way. There are hotels in Manakamana if you want to stay the over night.

Located 1500 meters height 24 km away from . This is the oldest of all temples inn the valley and also one 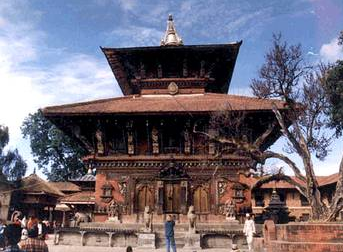 of the most interesting ensembles. The foundation is date back to the 7th century AD. To visit Changu Narayan is a must. The temple itself is dedicated to Vishnu (often called Narayan). In the large square courtyard, many real masterworks in stone sculpture stand or lie around.

The oldest piece of is Garuda, the mythical half-bird, half-man (Narayan’s mount), which dates back to the 5th century AD. Should all these art treasures and archeological relics not be enough to satisfy the curiosity of a casual visitor!


DAKSHINKALI (half day tours by car ). Depart every Tuesday and Saturday: 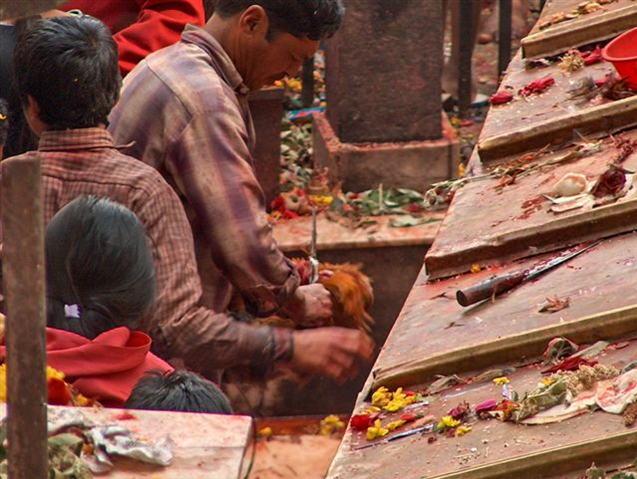 45 minutes drive from to the south-west. The sanctuary and its surroundings are dedicated to goddess Kali, the deity who claims at least twice (Tuesday and Saturday) a week a good portion of fresh animal blood. Usually cocks, he goats are being sacrifice for under Hindu rule, never a female animal should be killed.

On the way, the sight of the gorge is impressive and it is worthwhile to walk down and across the old suspension bridge, throwing a glance down into the very narrow and deep chasm. 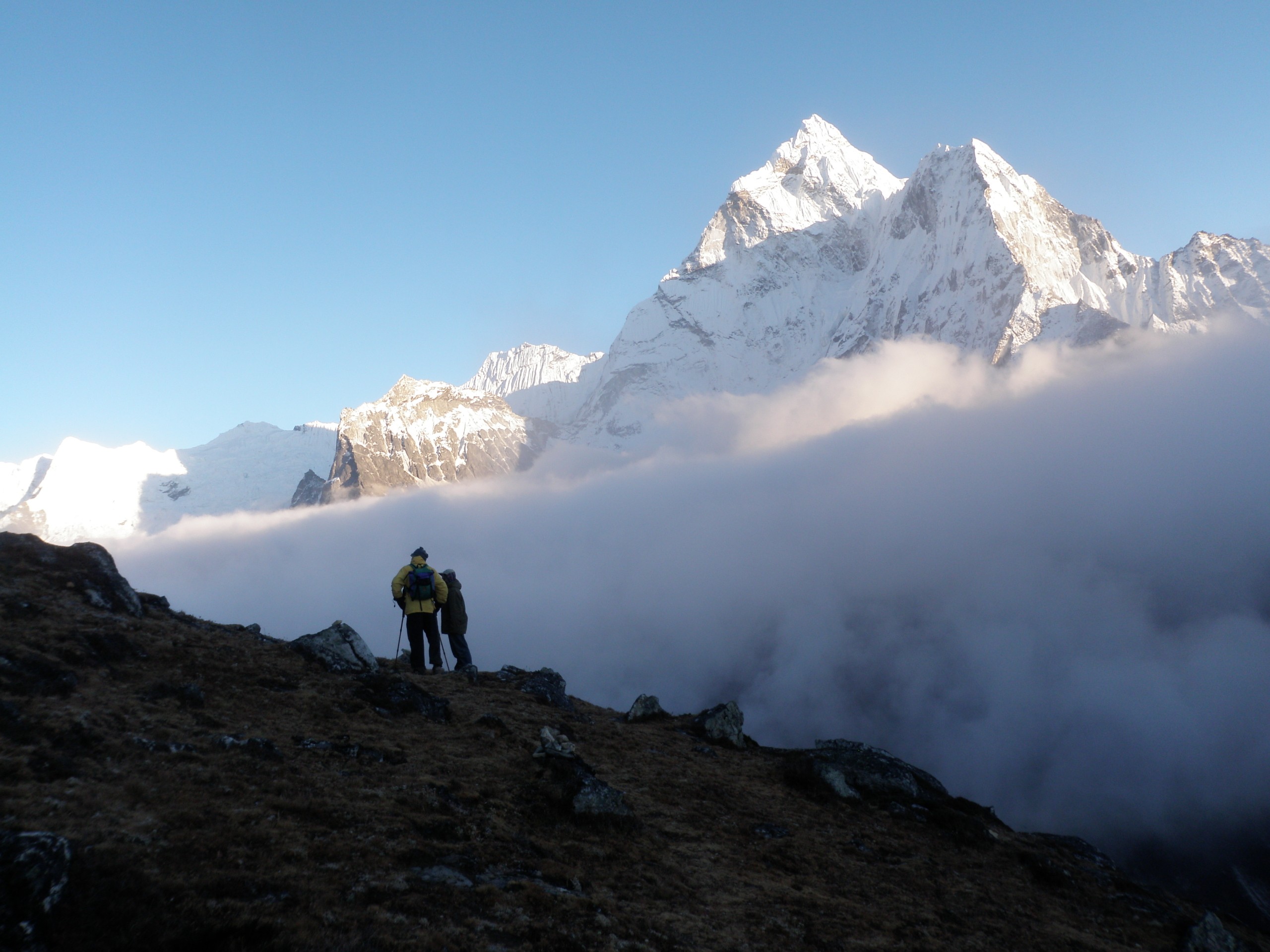